St. Louis is known for his work capturing local dignitaries and politicians, world leaders, star athletes, and visiting Royals. Recognized for his exceptional lighting expertise and his ability to capture natural and authentic moments within any situation, St. Louis has a photography portfolio that includes commercial, weddings, new conferences, special events, and sports. He attributes his 30-year career success to his technical training, mentors, hands-on experience, adaptability, and his creative approach to photography.

“I’m thrilled to be featured alongside fellow industry and product leaders on Photo Moncton International’s Wall of Fame during an exciting week that showcases photography for everyone to experience,” says St. Louis. “It’s events like this that highlight the true creative spirit of our craft, while also bringing to attention the challenges and opportunities we have as an industry to stay relevant.”

St. Louis’ first love of photography came when he picked up his father’s Kodak 126 Instagramatic camera and started capturing ‘life’ at the early age of 5-years-old. His passion ensued and it wasn’t long after that, at the age of 8-years-old, he photographed and documented a car accident just outside his home near Fredericton, NB.

Special career highlights include: Wedding Album of the Year two years running in 2000 and 2001 by Professional Photographers of America, Wedding Album of the Year in 2004 by Professional Photographers of Canada, and official photographer for events such as the Francophonie Summits in 1999 and 2008, the State Funeral for the Honourable Romeo LeBlanc, and visiting former U.S. Presidents Bill Clinton and George W. Bush, Senior. As well, he has been the photo editor and major contributor to Great Moncton’s pictorial transformation book, Then and Now, released in 2013.

Former New Brunswick Premier, Frank McKenna comments, “I am pleased to learn that Daniel St. Louis was chosen to be showcased on the Wall of Fame. As a leader in his field, he demonstrates the skills to continually rise to the challenge in a competitive industry while maintaining his drive for excellence which is – quite simply – admirable and exemplary.”

With a natural instinct as a photojournalist, St. Louis states that he learned the most when he worked for the Telegraph Journal from 1985-1990.

“My greatest gains were boots on the ground photojournalism for the Telegraph Journal. It was an unforgivable boot camp that meant thinking fast, anticipating life moments, and always coming out with a story with one photo. News Editor of the day, Howie Trainor, continually challenged me and forced me to capture exceptional moments. He would say, ‘I need a front cover shot from Moncton, figure it out, get it done, and get it done well.'” 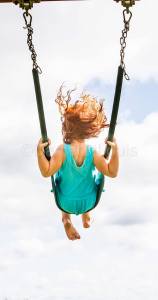 Prior to that, St. Louis studied Power Engineering at NBCC in Saint John, where he followed and admired the work of Saint John local photographer and business owner Martin Flewelling, who was at that time “the king” of photography and a considerable influence on St. Louis’ craft. Additonally, mentors were a huge influence on his career such as Maine photographers, Linda Lapp and Mark Rockwood.

His all-time personal favourite career moment was photographing his 2-year-old daughter Danielle trying to “go to the potty” – her determination and eventual satisfaction that he captured on film inspired him and led him down another layer of creativity, which to this day is evident in all his work.

“At every photographic moment I am learning something new about the people and places I observe, where in fact, some people are unaware that I am learning from them”, says St. Louis. “Overall, I am privileged and grateful to do what I do.”

Since 1987, St. Louis has operated a commercial, portrait and photographic art studio, and is also owner of Heritage Frames and Gallery operating out of the same property at 155 King Street, Moncton.

Photo Moncton International is a public event and will host workshops and seminars from September 10-13, 2015. For more information: http://www.photoyqm.ca.